Search for consultants and hospitals
Search

Today the Private Healthcare Information Network (PHIN) has published its Annual Report for the financial year 2017-18.

The report provides an update on PHIN’s key achievements in the last year, including the publication of the first performance measures for over 1,000 consultants with a private healthcare practice in the UK.

For the first time, PHIN’s Annual Report outlines annual statistics on activity across private healthcare in the UK in 2017.

The report also looks ahead to PHIN’s priorities next year, which will see Article 22 of the Order come into force, ushering in greater transparency in the cost of private treatment for patients through the publication of consultants’ fees. Later next year PHIN plans to publish the first safety indicators for hospitals. We will begin with the never event measures that require less statistical modelling.

The report can be downloaded here 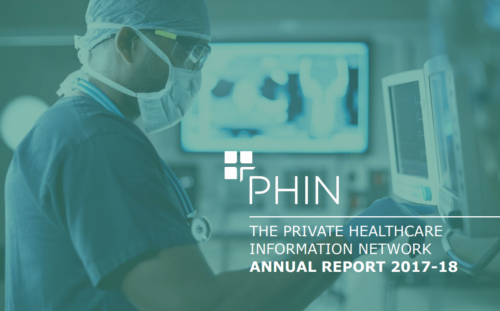