The Private Healthcare Information Network (PHIN) has announced the appointment of two NonExecutive Directors to its Board. Jayne Scott and Michael Hutchings were both nominated by the Competition & Markets Authority (CMA).

PHIN’s Chairman, Andrew Vallance-Owen said, “I am extremely pleased to welcome Jayne and Michael to PHIN’s Board. They bring a wealth of experience in their respective fields, and the presence of two directors nominated by the CMA should provide further assurance to all stakeholders that we have the strength and independence required to deliver real improvements in information for patients.”

The CMA’s Order specified that a number of parties may make nominations of directors for PHIN’s Board. With the nominations of the CMA, the hospital operators, and consultants having now taken up their roles, one remaining nomination is expected from the Private Medical Insurers. PHIN has now invited the insurers to make a nomination, and discussions are ongoing. In March this year, PHIN also appointed three directors with significant experience and expertise in the collection and processing of healthcare performance data.

CMA Board members:
Michael Hutchings OBE is a solicitor specialising in competition law, and a former partner at Lovell White Durrant (now Hogan Lovells). He is a Panel Member of the Competition & Markets Authority. He is on the audit committee of the British Institute of International and Comparative Law, and a trustee of the Dutch Oak Tree Foundation, a UK Charity managing a substantial endowment and making grants to relieve poverty in the developing world. Michael is one of the founding members of the Competition Law Forum, a policy think tank, and a member of the Editorial Board of the European Competition Law Review. Michael was appointed OBE in 2005 for services to international law.

Jayne Scott is a Chartered Accountant and a highly experienced Board Director with wide executive and consulting experience. She is a Panel Member for the Competition and Markets Authority, a Non-Executive Director of the Professional Standards Authority for Health and Social Care, and of the Marine Management Organisation, and a member of the Audit Committees of the Department of Energy and Climate Change and Registers of Scotland. Jayne has held Board roles with regulators including Ofgem and Entrust. Jayne was previously Director of Finance and Performance Management for Fife Health Board, and in 1998 won the Scottish Director of Finance of the Year Award for the public sector. Jayne also undertakes consultancy assignments for various public sector organisations.

Professor Sir Norman Williams is an honorary consultant surgeon at Barts Health NHS Trust and leader in the field of bowel disorders, and a former President of the Royal College of Surgeons of England. He is Co-Clinical Director of the National Institute for Health Research’s Healthcare Technology Cooperative (Enteric), Professor of Surgery and Director of Innovation at Queen Mary University of London Academic Surgical Unit, part of Barts and The London School of Medicine and Dentistry, Director of the National Centre for Bowel Research and Surgical Innovation, and President of the charity Bowel & Cancer Research. In 2013, Professor Williams was instrumental in leading broad professional support for the publication of individual surgeons’ outcomes data based on national clinical audits, by NHS England.

Professor Sir Cyril Chantler is a retired consultant paediatrician and pediatric nephrologist, and an advisor to the Associate Parliamentary Health Group. He was formerly Chairman of the Quality and Clinical Risk Committee of NHS England, UCL Partners Academic Health Science Network, The King’s Fund, Great Ormond Street Hospital for Children, and the Standards Committee of the General Medical Council, and was Dean of the Guy’s, King’s College and St Thomas’ Hospitals’ Medical and Dental Schools. In 2013 Cyril led the Independent review of standardised packaging for tobacco that recommended the introduction of plain packaging for cigarettes.

Professor Nancy Devlin is Director of Research at the Office of Health Economics in London. Nancy is an advisor to the NHS England PROMs programme, and has been working with health care organisations in Canada, China, Sweden and New Zealand on the use of routine outcome measurement to improve health care quality. Her principal areas of research expertise are the measurement and valuation of patient reported health outcomes; the cost effectiveness thresholds used in making judgments about value for money in health care; priority setting in health care; methods for evaluating the performance and efficiency of hospitals; and the determinants of patient choice. Nancy holds honorary chairs at the Centre for Health Economics, University of York; Cass Business School, London; and in the Economics Department at City University, London. She was for two terms the elected Chair of the EuroQol Group, the international network of researchers that developed the EQ-5D.

Dr Gerard Panting qualified in medicine and has over 25 years experience in all aspects of medical law and regulation. Following approximately 20 years at the Medical Protection Society, latterly as Head of UK Medical Services and then Communications and Policy Director, Gerard left to develop a medical education and risk management consultancy. In2010, through that company, he was instrumental in creating alternative professional indemnity schemes for a range of surgical specialties. He is a Foundation Fellow of the Faculty of Forensic and Legal Medicine of the Royal College of Physicians. 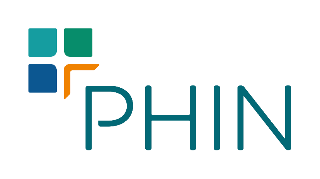