‘Transparency needed to give patients clarity’

Neil Huband of the Private Patients Forum states the case for fee transparency in private healthcare.

As patient advocates, the Private Patients’ Forum has often heard the frustration of anxious patients and others, wanting much faster progress towards a time when they could compare and contrast the performance of hospitals, doctors and – last but by no mean least – what the costs were going to be.

It seemed to us that choice was being eroded while, at the same time, the cost of private healthcare was increasing exponentially.

Insurers, trying to keep their spiralling costs down, began to restrict the number of consultants they were prepared to pay for. More and more patients found they were having to pay excesses – the difference between the doctor’s bill and what the insurer was prepared to pay.

Making like-for-like comparisons was proving nigh on impossible. Put simply, the patient – the person everyone employed in the private healthcare sector should be focused on – was facing an increasingly opaque and confusing system.

Separate bills for the hospital care, diagnostics, drugs, surgeon, anaesthetist and aftercare such as physiotherapy: a patient can be faced with umpteen bills for one procedure. As if they haven’t got enough to worry about already.

The advent of package deals has been a positive benefit in many ways. But even there, if a patient is faced with several hospitals offering similar package deals, how does he or she compare like with like?

Moreover, it should be the right of every patient.

Thanks to the huge effort of hospitals, consultants, the data collec­tion and processing technologists and the Private Health­care Information Network (PHIN), transparency is – we hope and trust – within reach.

One day, we hope published data will help a patient compare not only like with like in the private sector but also with the performance of the NHS. But there will never be true transparency in the independent sector without additional openness about pricing.

So now physicians and consultants practising in our sector have another pivotal role to play: that of helping to create transparency around the costs of treatment and perhaps the follow-ups too.

Transparency over costs, as well as performance, must and will make choosing the most suitable hospital and doctor easier for patients. It will help to grow greater trust and confidence in the sector and that will help grow the market.

But as PHIN begins the huge task of gathering and publishing prices, complex as it is, we believe this should not be looked upon simply as a burdensome legal duty, just fulfilling the orders of the Competition and Markets Auth­ority. This should be done because it is absolutely the ‘right thing to do’ for the patient.

The original article, written by Neil Huband of the private Patients Forum, was published in Independent Practitioner Today. 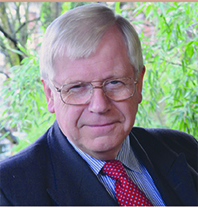