There should be nothing taboo about poo

In any normal month over 100 people a day are diagnosed with bowel cancer, with over 50 of these cases being entirely preventable.

But this isn’t a normal month, with the UK in lockdown as our health service deals with the coronavirus. April is Bowel Cancer Awareness Month in the UK, so we spoke with Mr Colin Elton, a Consultant General Surgeon specialising in gastrointestinal cancers, about why he thinks a change in culture will make the biggest difference to bowel cancer awareness and survival rates, and what to do if you experience symptoms when most of us shouldn’t be leaving our homes.

Bowel cancer is one of the biggest cancer killers in the UK, alongside breast and prostate cancers.  To this day, the UK still has one of the lowest survival rates for bowel cancer in the modern world, and I believe this is because there is a definitive culture around feeling embarrassed to come to the doctor with personal issues to do with our bottom and our poo – there is something taboo about poo in the UK! No-one ever tells you that it’s good to discuss issues with your bowels.

It’s important that people get over this embarrassment, because incidences of bowel cancer in the UK have increased massively from when I was a medical student and it only affected 1 in 40 people – now it affects 1 in 18. In places where it is culturally more acceptable to talk about your bowels, such as Japan, Germany and France, the current survival rate for different types of bowel cancer currently exceeds 60%. In the UK we have just above a 50% survival rate.

We still haven’t been able to change that mentality where patients ignore their symptoms out of embarrassment, and that’s got to stop. Blood in your stool or when you wipe, changes in your bowel movements, persistent abdominal pain – these are all signs of bowel cancer and should be reported to your GP.

During lockdown, if you have worrying symptoms, don’t ignore them. You should speak with your local GP, with GP surgeries being advised to offer consultations over video and telephone so that you do not have to attend in person. The health service is still operating pathways for patients with suspected bowel cancer, with surgery and other treatments being undertaken every week.

There are several tests they can recommend to you which can detect bowel cancer even in its earliest stages. One test is the bowel scope, which everyone at the age of 55 in the UK is asked to take as part of the national bowel screening program. Uptake of this test is worryingly low, with only 48-52% of those invited to take the test having ever done so. It’s incredibly important to make sure you do take up this opportunity when you’re sent a letter from your local hospital, because although the age group where bowel cancer is most common is in those aged 65-75, when you reach the age of 50, your chance of developing bowel cancer doubles. That screening test itself can improve the survival rates of those found to have bowel cancer by up to 25%, so it’s important to go for the test when you receive your letter to partake.

Survival rates for bowel cancer are also improved greatly with advanced treatments, which are becoming increasingly targeted and patient specific. There are now specialist colorectal surgeons like me, and we're training the younger generations who are becoming even more specialised in their fields. Radiotherapy and chemotherapy have also greatly improved cancer treatment. From this, we have patients who can live comfortably with cancer many years after their diagnosis. It’s important to remember that catching bowel cancer early on is the only way to ensure it doesn’t spread to other areas of the body, which will make your cancer treatment much easier and quicker and will increase your chances of survival.

Remember to check your poo, don’t put off your screening test if you are aged 55 or over, and don’t feel embarrassed to speak to your doctor about any issues you may be having, whatever age you are. Even in lockdown, we want to hear from you if you are worried about any new bowel symptoms.  Together, we can eliminate the stigma around speaking about our poo and improve our survival rates for bowel cancer across the UK. 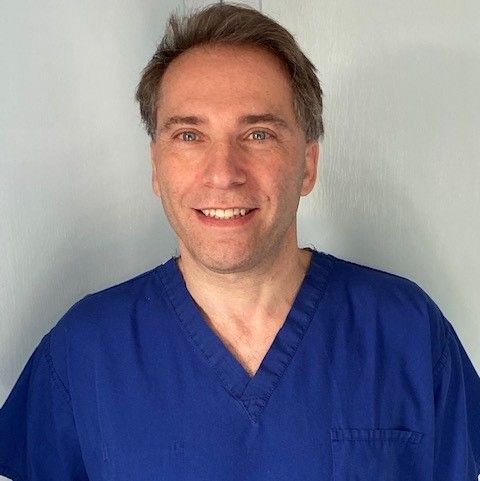