The Care Quality Commission has rated Barts NHS Trust as Requires Improvement overall – an improvement from its previous rating of Inadequate – after recent core service inspections and a well-led review.

Barts was rated Requires Improvement for being safe, effective, caring, responsive and well-led, following the inspection in June 2017. It does though remain in special measures.

This inspection was specifically designed to test the requirement for the continued application of special measures to the trust. Prior to inspection CQC risk assessed services provided by the trust using national and local data and intelligence received from a number of sources. CQC re-inspected all core services that had received a rating of Inadequate to test whether significant improvements had been made since the previous inspection.

At St Bartholomew’s Hospital all core services received an overall rating of Good; however, CQC rated the overarching well-led domain as Outstanding. This was based on an Outstanding rating in the well-led domain in both surgery and critical care.

The trust rating for well-led was Requires Improvement which had improved from the previous Inadequate rating afforded in 2015. The senior leadership team were visible, across the large multi-site organisation and described as approachable. ?

For the full press release and to read the inspection report, visit the CQC website.

Barts NHS Trust offer private healthcare services fun each of it’s hospital sites. These sites are available to search on PHIN’s website. However, they have not submitted sufficient data to support publication of performance measures. 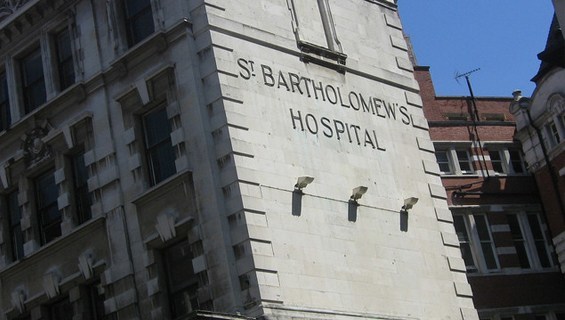